For those still unfamiliar, Skills Competitions are held annually or biannually in more than 60 countries around the world. In Canada we have annual provincial/territorial events (typically in April) that lead to a national gathering 4-6 weeks later. International competitions occur every second year. The assessed skills in this Olympic style event are those utilized in over 40 trades and technology based occupations, which includes Landscape Gardening. The purpose of this showcase is to provide young Canadians with an opportunity to see these numerous “cool” skill sets in action, and hopefully prompt consideration of a trades or technology career in their future. This is important because retirement of the baby boomer generation is well advanced and baby boomers have been a mainstay of the trades and technology workforce. Post baby boomer generations are backfilling these jobs in numbers that fall drastically short of retirement losses, consequently the concept of skills competitions to promote these occupational opportunities came about in the 1960’s in Europe. Canada got on board in the mid 1990’s.

This year marked the 25th for a Skills Canada event. The host city although steeped in history, was also steeped in cool, mostly wet weather. With a number of competitions located outdoors under large tents (on a parking lot), there were some challenges with water ‘streams’ flowing through the venues. We made the best of it and the show carried on. While the majority of Skills competitions involve individual competitors, Landscape Gardening has teams of two. The national competition carries over two days, with six working hours each day. Teams are supplied with the same construction drawings and all tools and materials required to complete a particular project. Their skills are assessed on the quality of their installation execution while working within the time limit. Our MB crew included Casey Norman and Dylan Schultz, classmates who recently completed Level 2 (of 3) in the Apprenticeship Program at Red River College. Casey is employed by Alladins Landscape Design, while Dylan applies his skills for Swiss Alpine Landscaping. A huge thank-you to both employers for allowing key members of their teams several days leave from work . . . in late May, this is not an easy request!

Of the other five provincial hopefuls, NS and ON were returning their teams from last year, who just happened to be the gold and silver medalists respectively! This competitive line-up suggested a tough contest was a virtual guarantee, and by end of day 1, work progress confirmed there was little visual evidence to separate the field. On day 2 however, the players clearly proceeded with different strategies, as construction similarities were less apparent. Through the latter half of the morning, Team MB made two of their own strategy decisions electing to employ a simple running bond for their paving pattern and then crafted an efficient assembly of the overhead structure. Their proficient work through those two tasks vaulted them into the ‘visual’ lead, a position that doesn’t guarantee anything, but did allow them the luxury of avoiding a frantic finish.

As the final minutes ticked off approaching the 3:30 finale, a flurry of final touches ensued. When “TOOLS DOWN” sounded, it appeared all six crews had achieved their objective of a completed project (although closer inspection at the time of evaluation would reveal otherwise). Visually, there was no obvious victor. For competitors, facilitators and spectators alike, podium positions would have to wait for the assessment numbers and the scoring matrix to expose the final standings. Would we have it any other way?

When scores materialized, the competition did prove to be as close as it appeared. NS (last year’s winner) was awarded bronze, ON (last year’s 2nd) received gold, and MB slipped in between to capture silver! The kicker is this, MB was a razor thin 0.1% (or 1/1000th) behind ON, and NS was only 1.7% back of MB. This was the closest top three finish ever experienced at the Skills Canada Landscape Gardening Competition.

For Dylan and Casey it was an excellent showing and they have every right to be proud of themselves and the skills they brought to Halifax. They worked very well as a team, remained (at least in appearance), calm throughout, and showed they could go shove-to-shovel with the best of their peers from across the country. In representing MB, they conducted themselves in a professional manner, displaying integrity, and class throughout, and rightfully deserve a round of applause from everyone here in our local industry. Should you run into either Casey or Dylan in the next while, please be sure to offer your congratulations – they earned it!

If you are interested in the Executive Director position with MBNLA please click the link to learn more. 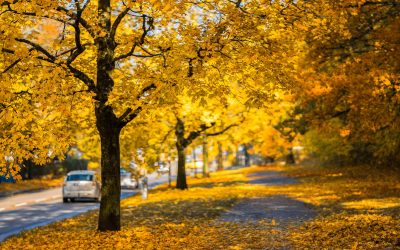 The Fall 2022 Newsletter is ready for distribution. It contains a wide variety of articles to stay informed about MBNLA and our activities, including a message from President Chad Labbe, a quarterly recap from our Board of Directors, an article about CNLA...

The purpose of this in-person meeting was to develop a long-term strategy for the LCC board members to work towards. The Landscape Canada Committee (LCC) reports to the Canadian Nursery and Landscape Association (CNLA) Board of Director’s through via its chairperson....